I greeted Colleen Eschenburg where she works at Hearts of Gold’s second floor office, having volunteered my writing services to the nonprofit group which serves the needy in Cuenca, Ecuador and surrounding Province of Azuay. She’s the Development Director and proud mother of two children.

Hearts of Gold works as an umbrella organization to provide legal and financial support to charities and nonprofits groups. On several occasions, I’ve contributed carpentry projects for its Christmas gala and 4th of July barbecue fundraisers.

“How do you do? I’m Scott,” said a blonde hair boy standing in the main office.

Adults sat around a table, sharing coffee and cakes at 10:00 in the morning. “Hola, Francoise!” I greeted my Belgium friend. “Comment t’allez vous?” I said, transitioning from Spanish to French.

“Tres bon, Jeremie!”she replied with a warm smile of recognition, and more French than I knew. The group laughed at our faltering exchange.

I had accepted Colleen’s invitation to accompany them on a five mile journey from Hearts of Gold to the foothills of El Cajas. These Ecuador’s Andes Mountains arise west of the city where my wife Belinda and I’ve lived for five years.

Occasionally, I hike in the 14.000 feet high atmosphere, and it’s usually farm women I see from my Transportes Occidental bus window on upward curves. They carry bundles upon their backs secured by shawls or straps, sometimes in the company of a child or a dog.

On a warm Wednesday, I shared the car of Cuencana Maria Caridad, a Hearts of Gold team member, with Laurie from Clearwater, Florida, a visiting graduate student of International Development and Kelly Mitchell, Senior Program Manager.

Kelly filled me in on the purpose of our visit to Kallpa Warmi, Strong Woman in Quechua, “the people’s language” of the Andean highlands.

“We recently partnered with this group of indigenous women in Sayausi. We want to see them emerge from their shell. Their culture keeps them in traditional roles as farmers and homemakers. Kallpa Warmi enables women to share different skill sets. They assume entrepreneurial roles in the community and become more self-sufficient,” said Kelly, the tall blonde woman in a bright yellow sleeveless-insulated vest. She turned her attention back to Maria, speaking fluent Spanish.

Our group arrived in three cars and gathered at the Sayausi municipal office, InfoCentro, a block downhill from the main thoroughfare. The young Peace Corps Volunteer, Evelin, greeted us in the freshly painted hall with sunlight filtering through its exterior windows and glass doorway. We were enjoying a rare sunny day in the Andean winter of the southern hemisphere.

Evelin has shoulder-length dark hair and wore a sleeveless down-filled vest, blue in color over a black long sleeve jersey. Introducing us to the people she helps in her role as a volunteer, I admired how effortlessly she speaks Spanish, smiling with enjoyment in her role as intermediary.

Sayausi’s InfoCentro is dominated by computer stations. Several residents sat at the internet screens. Gorgeous color posters decorate walls and promote local guides whose services are available to lead visitors into the mountains. They scout for lakes and streams abundant with rainbow trout for tourists to fish the abundant game.

Along with providing office support, Hearts of Gold is dedicated to expanding Kallpa Warmi’s artisan markets. Evelin explained, “Ninety women make up Kallpa Warmi. They are family and neighbors who want to improve their lives and the lives of their children.”  Wool fabric featuring Andean designs, straw baskets with colorful patterns, paintings on canvas, carved wood and glazed clay mini-pots are displayed upon tables which lined the room’s perimeter.

I had the delightful opportunity to meet several of these women over our three-hour tour of community center, gallery storefront, and organic farm. Seated at one of the computer stations, Scott shared his grandfather’s iPad with a new friend. Scott had joined his English grandfather, Steve, on our tour.

Evelin introduced us to Marisol who explained the projects by Kallpa Warmi featured in InfoCentro. With obvious Andean features, young and energetic Marisol dressed western-style: blue jeans, Ugg boots, a high-neck knitted sweater, hooded red coat accented with her white ball cap. After our half-hour visit, she led us out the door. About a dozen of us retreated uphill on the rutted dirt road. On the main street, we entered Kallpa Warmi’s combination gallery and hair salon within sight of the four story Catholic church steeple.

The shop has operated for a year. I had learned earlier of its existence at my Ecuador-American friend Rumi Duchicela’s Cafe Nucallacta, Quechua for Our Land. Located in Cuenca’s historic colonial downtown, the narrow cafe with wifi offers Kallpa Warmi’s crafts displayed upon wall shelves. On one occasion while having a coffee, Rumi had introduced me to Peace Corps Volunteer Alli, Evelin’s predecessor. Alli told me about Kallpa Warmi members as she set out their artisan crafts for sale. I saved one of her brochures which advertised the collective’s products and services.

Inside the shop Marisol introduced us to Miriam. She had the company of a bi-lingual young man, William, who rhythmically shook a compact wooden Andean rattle. With his iPhone, he memorialized our visit with photos. The shop takes up 200 square feet. It’s hair styling station is centered along one wall. Artisan products dominate shop’s shelves and counters. Two members wait on customers during shop hours for safety.

Marisol described to us Kallpa Warmi’s food preparation and catering service. “Twenty members prepare and serve hot meals, with the food grown and raised at our member’s farms,” she said. The women capitalize on marketing gastronomical traditions to improve the lives of their families. I’m very impressed with the low cost of meals. A meal of cuy (roasted guinea pig), corn and rice is $7. In Cuenca at a restaurant that serves Ecuadorian fare, that national delicacy runs $20.

We depart the gallery after another half-hour. William, Marisol and another member, Paola, a middle-aged woman, accompanied us to our next stop, an organic farm. Our group passed in front of InfoCentro and crossed the autopista (highway) on foot. The walk took us along a leveled-dirt road in sight of Rio Tomebamba, the river resplendent in afternoon sunlight, lined by erect eucalyptus trees. Less than a hundred air miles from the Pacific Ocean, its water would eventually merge with the Atlantic, 3000 miles east.

The farm’s owner, Maria, disengaged from her conversation with occupants of a truck halted in the road and greeted us. She displayed strength in her work clothes and had weathered brown skin. She led us on the narrow path between her newly-built home and a quarter-acre sized vegetable garden.

She listed for us the vegetable and herbs, watered by black plastic hoses, partially covered by soil. Her confidence in speaking with expats impressed me. She related easily to our group, answering patiently our basic questions about raising crops and running her farm. “Yes, I provide the fruit, vegetables and herbs for dinners catered by Kallpa Warmi,” Maria told me when I had asked.

In the open field beside the rushing waters of the Cajas we met Diego, Maria’s son. He wore a white hat to shade the sun and had a distinctive beard, separated in two halves at the chin. An attentive short-haired brown dog followed his every move while he worked in the family’s expansive fertile field. A short distance away grazed two well-cared for horses, one white and the other brown.

Diego explained to us how he composts flowers, plants and kitchen refuse which sit in piles as large as a car in different stages of decomposition. “I mix tree waste byproducts with water in these containers to sell as plant food to home gardeners,” he said while pointing to a half dozen five-gallon clear plastic  bottles with caps. “They sit for four months to fully decompose.” This strong farm worker conversed with us in such a focused manner that I found myself absorbing well his Spanish words and his love of the earth.

With a cupped hand, I drank from the river. I enjoyed the peaceful scene across the way, a verdant hill climbing to great heights on the opposite side of the river. Sure-footed cows grazed in grass fields cleared among the eucalyptus forest.

I became better acquainted with Paola whom I had met at Kallpa Warmi’s gallery. As the group headed back to Maria’s home, we talked about her life in Sayausi. On a cracked screen of her iPhone, she screened a video of her farm. Immediately, I focused on trout ponds on the terraces below her farmhouse. “I enjoy buying trout to take home for dinner after a hike in the Cajas, Paola. Your ponds have clear water, perfect for raising healthy trout,” I said in admiration.

“We supply the trout for Kallpa Warmi’s catering business,” said Paola who wore an Andean wool jacket and carried a black leather purse. “And, my husband works as a guide for hikers in the Cajas.”

Maria invited us to her home and I anticipated being served a beverage. She had help in the kitchen who had preparedalmuerzo (lunch). Grateful for her thoughtfulness, we scattered around the dining room table and stuffed chairs in the living room dominated by its five-foot flat screen TV in a varnished wood entertainment center. The home showed Maria’s pride in its decorations and finishes.

More women arrived, some with a child. They helped Maria to serve bowls of hearty chicken and potato soup along with steaming bowls of peeled potatoes and white boiled corn kernels. Twenty people had gathered for the meal.

I sensed that Hearts of Gold staff had made a great impression upon these strong women of Kallpa Warmi who ate and joked with us. We all had became better acquainted over Maria’s almuerzo. Breaking bread among expats and indigenous women and their children highlighted how mutually rewarding are twin goals of self-reliance and self-sufficiency for new partners Hearts of Gold and Kallpa Warmi.

It behooves non-profits to join forces and to seek a greater voice with elected officials and the democratic government’s planning for the future. Poverty and high unemployment marginalizes residents of Sayausi which directs the energies of these kind and resourceful women toward agriculture and entrepreneurship projects.

Kallpa Warmi is a founding member of the women’s empowerment program Mirame (Watch Me) wherein Hearts of Gold empowers the next wave of community leaders. Among several other groups, it’s also a sponsored member of Hearts of Gold’s Community Assistance Program.

Interested in seeing more? Check out this video of our day tour! 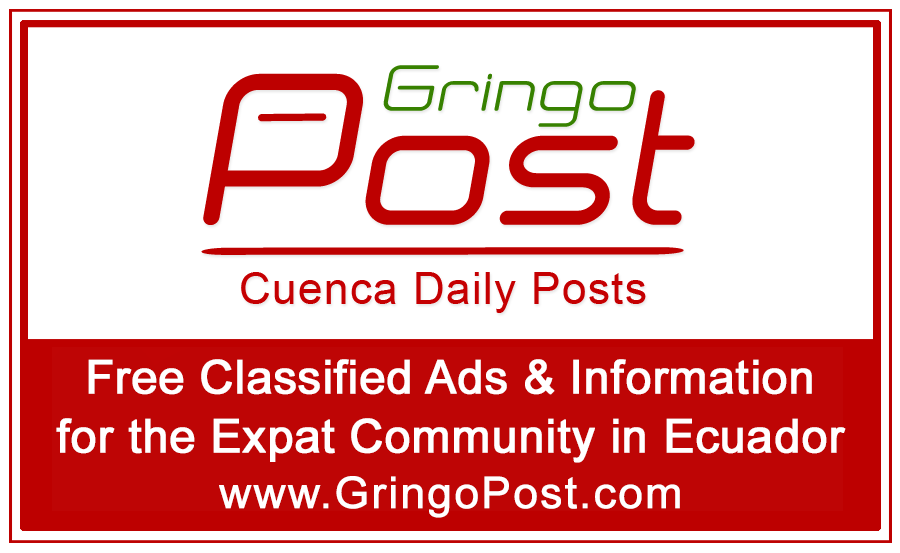 A Note From Natasha: From Immediate Response to Long-term Recovery

¡Mi sueño es tener una bicicleta! My Dream is to have a bike

Thank You!
Your message has been sent successfully.

Manage Cookie Consent
To provide the best experiences, we use technologies like cookies to store and/or access device information. Consenting to these technologies will allow us to process data such as browsing behavior or unique IDs on this site. Not consenting or withdrawing consent, may adversely affect certain features and functions.
Manage options Manage services Manage vendors Read more about these purposes
View preferences
{title} {title} {title}